Relics of Historical (and not so historical) Interest

The Yorkshire Electricity Board used to use a distinctive YEB logo. However, when it was privatised in 1989, it became Yorkshire Electricity Plc, and had a somewhat similar logo which just said YE. The photograph below was taken recently, showing a building on a small cul-de-sac off Flat Street, Sheffield, near Arundel Gate. Part of the newer sign on the building seems to have come off, leaving the old YEB sign underneath - with its distictive logo - showing. Here is a photograph taken in 2006. 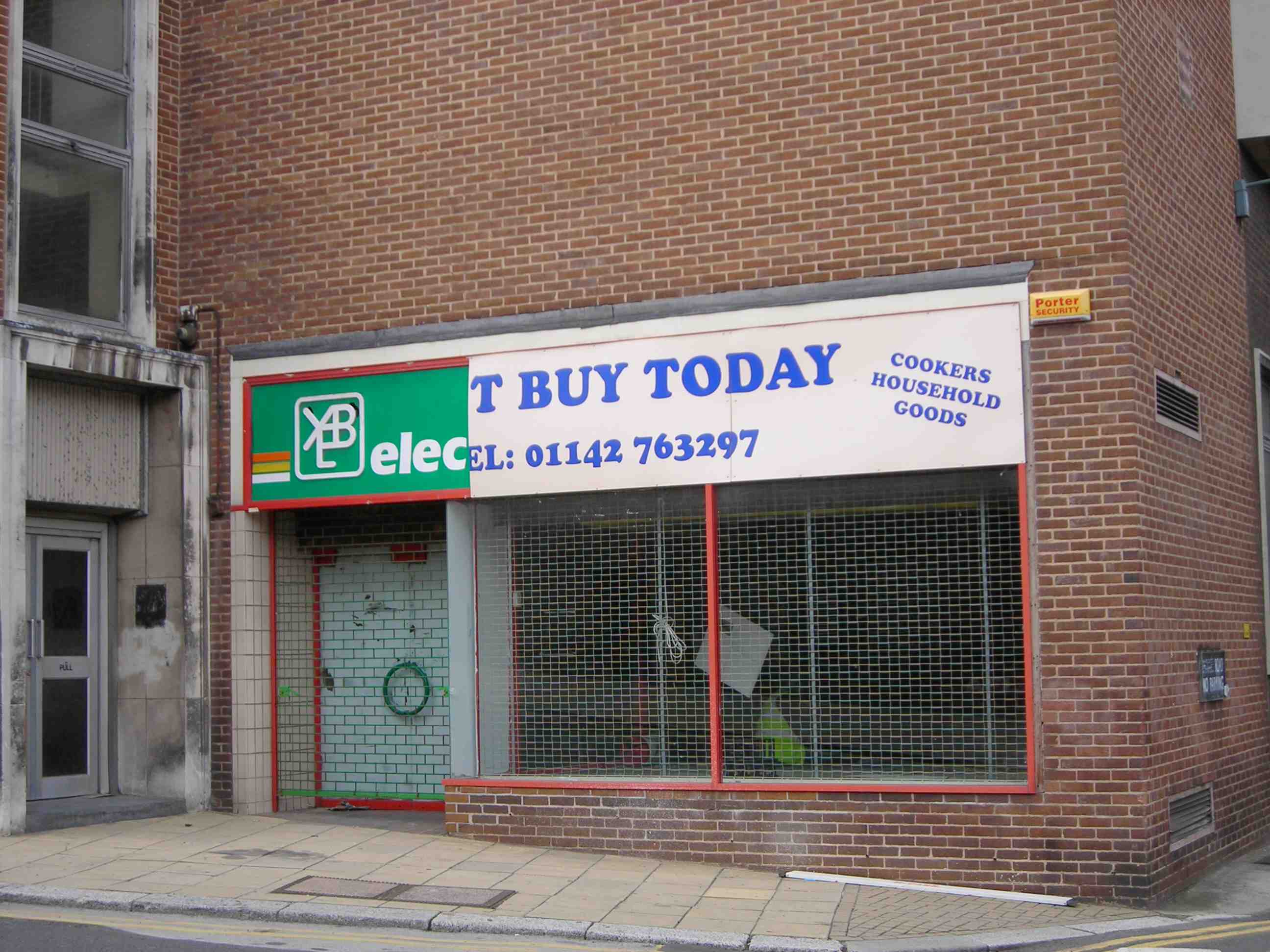 As with many things, road street signs sometimes have a distinctive style particular to the local-authority area - city or county.

Sheffield street signs have for many years, almost invariably been black lettering on a white background (generally reflective I believe). There is a smaller red number towards the bottom right, which indicates the postal district. Thus Bradway Road and Prospect Road both have a red 17 at the bottom right of their street signs as they are in postal district Sheffield 17.

Not all localities follow that pattern however. As Bradway Road leads out into Derbyshire, it becomes Rod Moor Road, then Northern Common, then Holmesfield Road. These, together with many of the side roads in that area, seem to be mostly white lettering on a dark background. There is no indication of the postal district.

The picture below is some pictures of street signs taken in Bradway and Holmesfield. One of the signs for Holmesfield Road is black lettering on a reflective white background, which is out of character for the locality, and would seem to be an outlier. Perhaps the sign needed replacing at some point. These photographs were taken in June 2020.